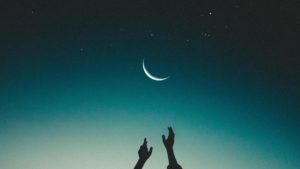 Could a woman from the 1912 working class convince high society London she was one of their own?  That’s the question in “My Fair Lady” where an arrogant phonetics professor tries to transform a working class girl into a high society lady.  (Spoiler, he succeeds)  The musical demonstrates the power of the pygmalion effect; where positive expectations influence performance positively.  The professor expected the transformation to happen, and so through their hard work it did happen.

Where do we get this name “Pygmalion”?

Before “My Fair Lady” there was the play “Pygmalion” by George Bernard Shaw wherein Professor Higgins  expects Eliza Doolittle to pass the test of being identified as a princess at a ball when she’s really a cockney flower sales girl… and she does!  But before that?  There’s an old Greek myth.

This myth is about a king who hated all women.  He hated them so much that he carved his own woman from ivory.  She was the perfect woman, and he treated her like she was alive.  The gods looked upon the king’s love for her, and his desire for her to be real, and granted his wish.  He acted as though she were real, and she became real.  This sculptor’s name: Pygmalion.

And that’s where we get the name Pygmalion effect, where expectations influence outcome.

So how do we apply the pygmalion effect?

Belief is great but it isn’t the whole enchilada as they say.  Back your belief up with action.  Support your team and then fight for a great result.  Believe in what you fight for, and fight for what you believe.