Pursuing What You Love is Important 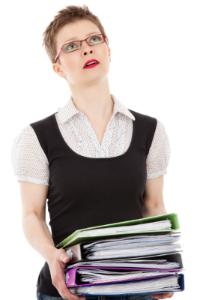 Finding your passion is not always easy, but it is well worth the effort to look for it. Here is an example of a young man who had lost his way and wasn’t really interested in finding it.

I started my college teaching career back in 1988 at Middle Tennessee State University, a wonderful school with a large theatre program. I was young, eager, and excited to get the chance to work at a fine institution in my chosen field. I was so excited to share my passion with all these young thespians who couldn’t wait to learn all about the Theatre of the Oppressed and the roots of Freud’s oedipal complex.

One afternoon, I was working in my office when there was a faint knock coming from behind me. I swiveled in my chair and there stood a young man who obviously wanted to talk. I invited him in and invited him to sit down. After a few vague pleasantries, I discovered the reason for his visit: he wanted to become a theatre major. (Yeah!!! Another recruit for the department.) We continued to chat. I asked him a couple of questions—where he was from and what year he was in school, general questions to get him relaxed. Then I finally got around to the big question, “So, why do you want to become a theatre major?”

Without a moment’s hesitation, in a very matter-of-fact voice, he said, “Well, I’ve tried everything else.”

My heart sank. This was not the response I was hoping for. I was expecting something more along the lines of “I was in the high school musical and loved it,” “Our forensics team took state last year,” “I just love Michael J. Fox in Back to the Future,” or “It would be so cool to blow up things.” (All statements that I’ve heard, by the way.) Certainly “I’ve tried everything else” was not a response that suggested anything resembling a passion for the very demanding theatrical life. He had just spent two years at college, hopping from one major to another to another. It finally dawned on him that he enjoyed watching films, so why not?! “That looks easy enough. I’ll be an actor.” It was clear that this young man was just looking for a way to graduate, not for a career. He was not at my door following his passion.

The truth is, there are no shortcuts in life if you want to be truly successful and satisfied. Every meaningful choice has work involved in it—serious work, hard work. My advice is to discover your passion. Just to do that might take some time and effort. You might have a lot of interests and there might be a lot of choices, but eventually you’ll settle on the one that is really right for you. Then once you’ve found it, put everything you can into it.

Your career and success should not be determined by “Well, I’ve tried everything else.” So:

You’ll be very happy you did. 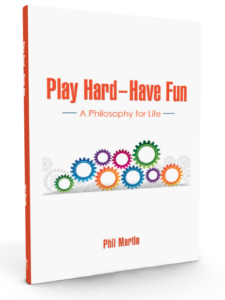