My theatre life can best be termed eclectic, and I mean that in the most positive way. Over my 35-year career I have worked on a wide variety of productions with a wide assortment of organizations. The biggest benefit to such a broad education is that I gained an abundance of firsthand knowledge on how the best directors succeeded at what they did. And the lesson I learned over and over again was this: you lead by serving. 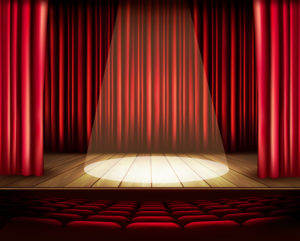 Serve the Play:
Directing is not about you. It’s not about ego or personal accolades. It is all about the play: the story, the themes, the material.
Every play has a story to tell. Your job is to honor the playwright’s intent by bringing out the truths of the situation. That doesn’t mean that you are a slave to doing Shakespeare in pumpkin pants, codpieces and ruffs. There are many wonderful interpretations of classic plays brought into the present, making them more relevant. But this time-shifting didn’t mess with the integrity of the play.
Rehearsals are a wonderful time to experiment and explore. Sometimes the spirit in the room will inspire moments that will have everyone rolling on the floor in laughter while yelling out “keep it in, keep it in.” But always take time to reflect and ask yourself, does this moment serve the purpose of the play? If not, as funny as it might be, you must leave it out.
Serve the Company:
If you look at the promotional materials released by a theatre company, you’ll of course see the title and author listed boldly across the page. But right under that will be a line that reads: “directed by…” As director, you are the public face of the organization for that production. You are the one interviewed by the print media and the radio and television stations. You are the one that gets asked to speak at Rotary, Kiwanis, and Chamber of Commerce events. And as part of the company, you are there to serve.
Serve the Team
A director cannot create a successful production on their own. They need the support of a large pool of uniquely talented individuals. An audience is certainly aware of the actors on the stage, but there are dozens behind the scene who help create and run the show. Working alongside the designers are those who actualize their ideas; creating costumes, building sets, and hanging lights. There is a backstage crew working unseen during the performance. There are people who promotion of the play, design posters and sell tickets. A single person cannot do all this work and expect to create any product of quality. Theatre is the ultimate ‘team sport,’ the perfect example of a truly collaborative effort.
Serve your Audience:
Whether you are presenting a corny melodrama, a French farce, or a serious drama, your priority is to serve the audience by telling them a great story with all the excellence you can muster. Don’t pander: Entertain. Enthrall. Enlighten. And always leave them with a memorable experience.
The English writer Samuel Johnson stated the importance of the audience this way:
The drama’s laws
The Drama’s patrons give.
For we that live to please
Must please to live

Translation: The audience buys the tickets.

Serve the Truth:
As a director, your job is to present the most honest portrayal of the story and characters that you can. You should not (cannot) reinvent the story or recreate the characters to suit a personal agenda. You are obligated to dig and then dig some more until you come to what you believe is the very essence of the play—the truth— and then present it. When the play is performed truthfully, an audience gets to walk away thinking about the story and asking questions about the themes. Director Hal Prince said that he has always wanted to “provoke conversation; for people to leave the theatre, but not the show.”
Serve Yourself:
Director Elia Kazan once wrote, “I am a mediocre director except when a play or a film touches a part of my life’s experience.” You should take that advice to heart. Plays are personal. Every directing challenge needs to mean something to you.
Know the kinds of plays that are you, and the ones that aren’t. There is no way of faking enthusiasm for an entire six weeks of rehearsals when your heart isn’t in it. Direct what you believe in. Lillas Brown, from the University of Saskatchewan, said that “we lead from the essence of who we are as a person.” Don’t chase the money or the ego. Be authentic and honest with yourself before you get into a situation you might later regret.
That being said, you must continually challenge yourself as a director. Don’t allow yourself to fall into too many comfortable projects. Take realistic and valued risks. This might mean selecting a play out of your comfort zone or staging a play using an unconventional (at least to you) technique. Don’t become a one-trick pony, or soon you’ll find yourself out of the circus. Versatility and diversity are valuable directing skills to acquire.
Now, I invite you to replace the idea of ‘director’ with ‘CEO’ or ‘COO’ or ‘leader’ and see how these lessons of service apply to us all. 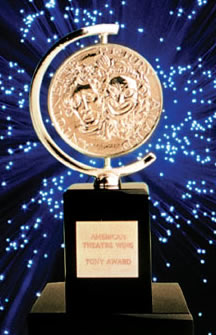